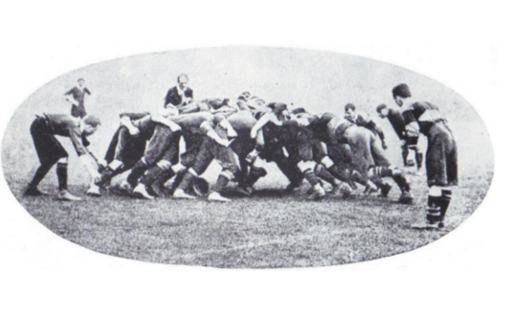 The first full implementation of Scrum occurred in 1993 when Jeff Sutherland, John Scumniotales and Jeff McKenna implemented Scrum at the Easel Corporation.

They drew on the inspiration of the classic 1986 HBR article “The New New Product Development Game”, where Takeuchi and Nonaka had compared a new holistic approach to innovation to the sport of rugby, where the whole team “tries to go to the distance as a unit, passing the ball back and forth”.

In 2001, Sutherland, Schwaber, and fifteen colleagues got together in Snowbird, Utah, and drafted the Agile Manifesto, which became a call to action for software developers around the globe to pursue a radically different way of creating software.

Since then, Sutherland, Schwaber, and an ever-growing community of Scrum practitioners have gone on to generate tens of thousands of high-performing teams in companies all around the world.

The first Scrum Guide was published in 2010. This was an effort by the creators of Scrum to clarify what Scrum is. The Scrum Guide has been re-issued and refined on a number of occasions since. TheScrumMaster.co.uk maintains an archive of Scrum Guides and other important Scrum papers.

Scrum is now over 26+ years old (young!) and its use continues to grow. It is now widely used outside of software development. It is changing the world of work as we know it, for the better! I am proud to be part of this movement that is bringing agility to people, teams and organisations around the world.

Automation Is Vital For Scrum Teams

The Time I Quit As A Scrum Master