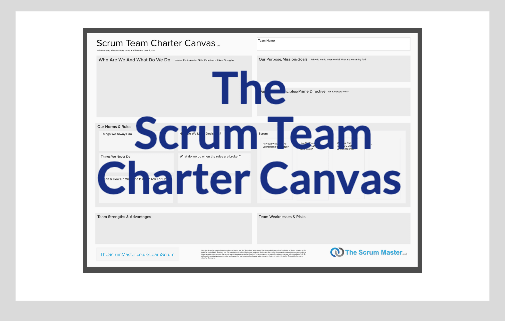 Using Scrum to solve complex problems requires increased levels of interaction and collaboration between people to achieve shared Product and Sprint Goals. When people form a Scrum Team they have to figure out how to become a real team, rather than a collection of individuals.

Whilst many teams do this informally over time, It is not always an easy process and there is often conflict along the way. When rules governing interactions remain unwritten, the following often occurs:

This can all create frustration in the Scrum Team and sometimes they can struggle to move past this to become a performing team.

A good complementary practice to Scrum to help with this is to create a Scrum Team Charter – A clear statement of how the Scrum Team will collaborate including things such as their rules, norms, values and principles. Making these things transparent early in the life of the Scrum Team can accelerate them to becoming a high performing team.

The Scrum Team charter should be:

It may take some time to create a Scrum Team Charter that works for the Scrum Team. People may need to be encouraged and supported to do it. The Scrum Master may need to facilitate its creation. 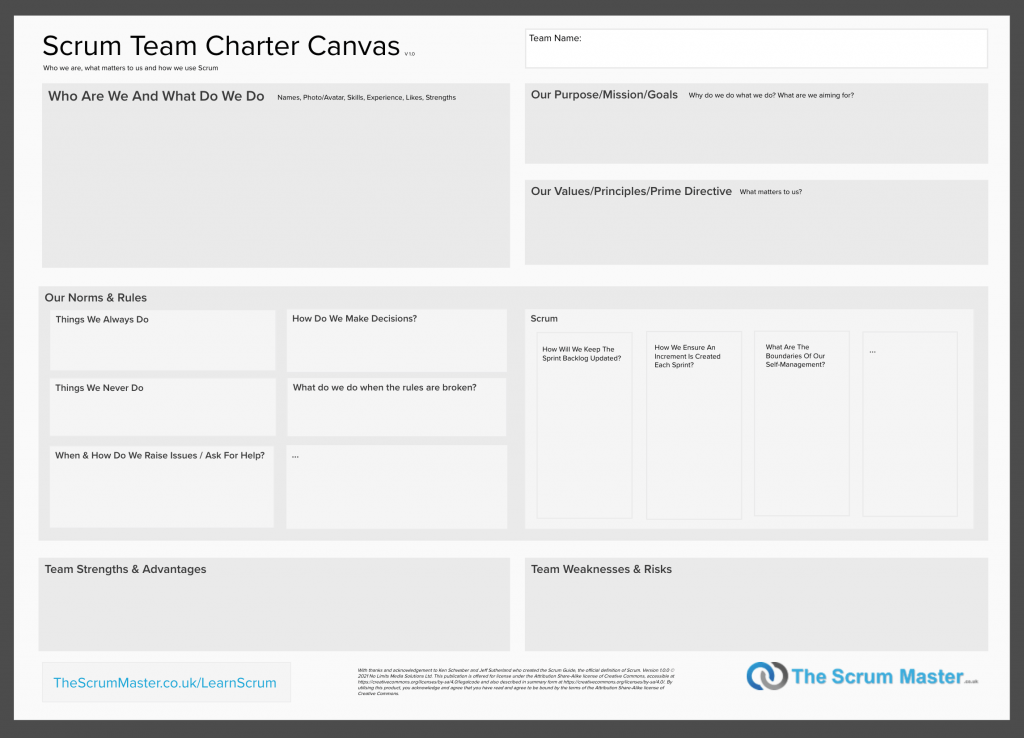