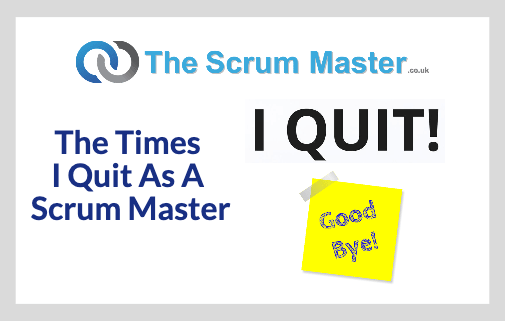 In my recent post, I told the story of the time I was fired as a Scrum Master. This time I will tell you about a time I decided to quit (probably shortly before I would have been fired!).

Being a Scrum Master can be tough. You exist to help organisations change the way they approach complex work. While most people will recognise the need for change, few people want to be changed. Sometimes when you try to change how things are done, you will make enemies who prefer the status quo. If you upset enough of the wrong people, you may end up “changing” yourself out of a job.

I have been involved in dozens of Scrum implementations over the years. This is the story of the time I admitted defeat, realised I could not make a difference and walked away.

Some years ago, I was working for an organisation that had successfully adopted Scrum and seen significant benefits. Since then, new management had been appointed who did not want to use Scrum, but would not formally declare this and switch approaches. They continued to “talk” Scrum while requiring a parallel traditional project-based approach. Every Scrum Master had a corresponding Project Manager. There was always a fixed deadline and fixed resources set in advance by the Project Manager who had little or no direct experience of the work to be carried out.

I was brought in to help them deliver a project using Scrum. The fact that the work was defined as a project was a potential warning sign that I chose to ignore. A fixed deadline, scope and resources were already in place. Yet another warning sign of potential trouble ahead. I quickly realised that the scope of the project, which was already 100% more than would ever be delivered, was not actually fixed and was increasing by 10% every 2 weeks.

Moral and quality were decreasing rapidly and it was a miserable place to be. There was a 0% chance the project would deliver all of its planned (and increasing) scope on time and budget. Despite this, all the reports to management indicated few problems and blamed the Developers for any potential delays.

I persevered for some time trying to improve things, but it became clear that nothing significant would improve any time soon. I didn’t want to be part of a growing disaster and did not have the patience to wait around for the next change of management, so I ended my contract and walked away.

I was immediately relieved, although the experience scarred me for some time. Was I proud of this? No. Was it the right thing to do? I don’t know. For me personally, it certainly was. For the organisation and the people that remained, probably not. All I knew was that for my own well being I needed to go. Life is too short to spend doing something futile and unpleasant for too long. I feared for the people who remained, but I had exhausted my capacity to help them. 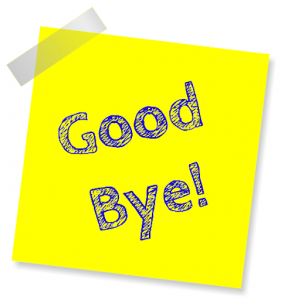 As I gained more experience as a Scrum Master I started to recognise more common anti-patterns in some organisations that were starting to use Scrum:

For organisations that are new to Scrum and still learning about it, these patterns may be quite natural and normal. It is part of the journey of making the change. The trick is to train and support people and move past these misunderstandings as fast as possible. This is one of the reasons that Scrum includes the Scrum Master accountability. The Scrum Master is there as a change agent who helps the organisation to modernise its approach to complex work, even when the status quo is powerful and there is resistance along the way.

Being a Scrum Master requires patience and perseverance. You have to encourage change in difficult environments, and this change will not happen overnight. You need to be in it for the long run so the sum of your actions add up to influence people to try new things and change.

Sometimes, the challenge may prove impossible and you will have to make a difficult decision. Certain conditions can make change impossible and learning to recognise that can save you a lot of pain. In these mission impossible environments, some people choose to lay low, do very little and accept the paycheque. Others decide to move on to somewhere they will be happier and be able to make a difference. The choice may be difficult, but the choice is yours!

How Can I Get My First Job As A Scrum Master? – Tips

Should I Become A Scrum Master?